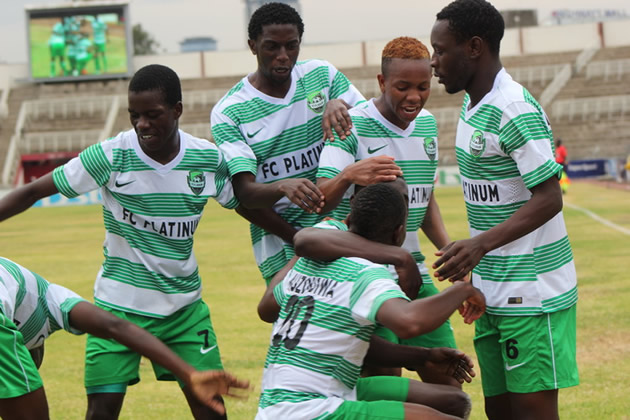 FC Platinum continued their perfect start to the 2016 league season with a 1-0 win over Chapungu at Ascot Stadium.

The match looked set to end in a draw before Winston Mhango scored from the penalty spot after William Ngonya had brought down Marshall Mudehwe in the box.

The win makes it three wins out of three for Norman Mapeza who is usually a poor starter.

In Kariba Bulawayo City got off to a flyer scoring minutes after kickoff but Talent Chawapiwa’s equaliser later in the first half made sure the points were shared.

At Luveve Stadium Chicken Inn and How Mine played out goalless draw. The first half was highly entertaining but the second half was largely boring. Chicken Inn were unlucky to take away the points striking the cross bar a number of times.

Chicken Inn 0-0 How Mine