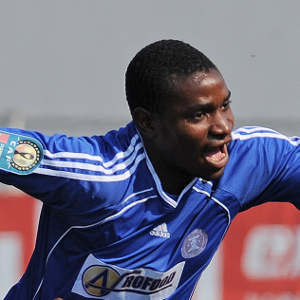 Evans Gwekwerere is in line to make his return to Dynamos against CAPS United this weekend after the club received his international clearance.

Gwekwerere has been training with Dembare since last week and indications are that he has impressed head coach Paulo Jorge Silva.

‘We have done our duty and its now up to the coaches to play him said Dynamos secretary general Webster Chikengzha.

Gwekwerere who made his name at Dembare made his debut for the Glamour Boys in 2006 before returning in 2010 in what was an unsuccessful spell.

However Gwekwerere’s return has brought excitement within the Dynamos camp especially with the problems upfront.

Dynamos scored for the first time in the league this season with a 2-1 win over Mutare City. A win over their bitter could give Dembare’s season a big boost and possibly borrow Silva more time after his three match ultimatum.