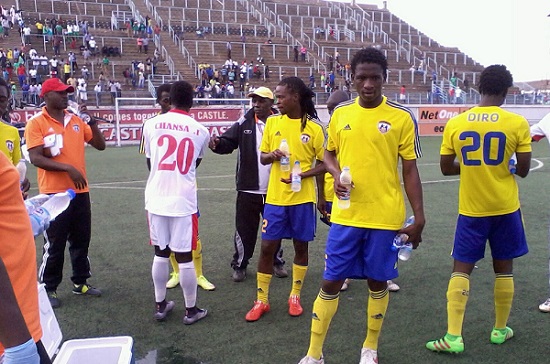 Defending league champions Chicken Inn suffered their first defeat of the season when they lost 1-0 to ZPC Kariba at Nyamhunga Stadium.

Tineyi Mabvura got the all-important goal for Sunday Chidzambwa’s side. However Chicken Inn were unfortunate not to have a late penalty late on after a handball as ZPC Kariba defended.

At Rufaro Stadium Taurai Mangwiro got some relief as Harare City thrashed Hwange 4-1. Raphael Manuvire scored a brace but could have easily scored more while Tendai Samanja and William Manondo got the other goals.

Hwange got themselves a consolation just before the final whistle with Mbweti rewarded for his hardwork with a goal.

At Ascot Stadium in Gweru Chapungu and Tsholotsho shared the points after the match ended 1-1 .Rodwell Mhlanga broke the deadlock in the 55th minute but William Stima equalised five minutes later with a free kick.

At Luveve Stadium Kelvin Kaindu got the better of his former side when How Mine beat Triangle 2-0 .Godfrey Nguwodzawo and Kudakwashe Musharu scored with under 15 minutes to go to bag all three points for the miners.