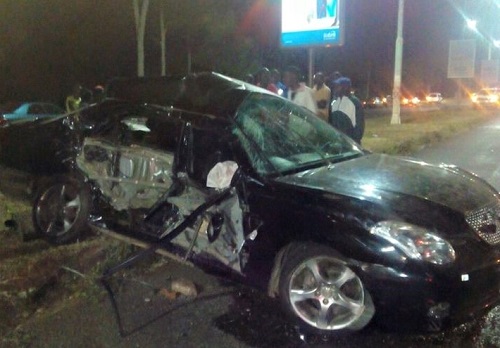 Dynamos player Valentine Ndaba is injured and will require surgery after being involved in a car accident on Monday evening.

Ndaba was involved in a nasty collision that saw him dislocate his shoulder. Friends of the player revealed to Soccer24 that he would be undergoing surgery today at Parirenyatwa hospital .

“It was heavy collision and he dislocated his shoulder ,he is in deep pain said a close friend this morning. “We hope they almighty will do well for me

Ndaba moved from Highlanders during the off season has been one of Dynamos’ better player’s despite the club’s poor start to the season. Ndaba featured for Dynamos in their 1-0 loss to CAPS United at the weekend.