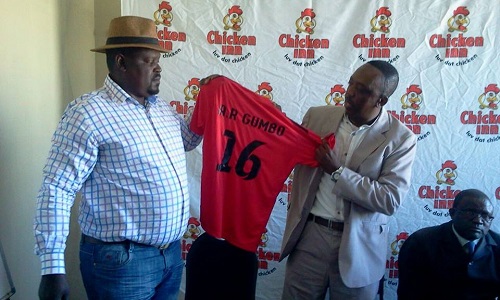 Gumbo was this week unveiled as the man to replace South African bound Joey Antipas and will work alongside Antipas until he leaves.

With Antipas going to Amazulu with his assistant Prince Matore Gumbo has settled for Thulani Sibanda.

Chicken Inn secretary general confirmed that Gumbo had settled for Sibanda who has clinched two Southern Region titles with Bulawayo City and Quelaton.

Gumbo and Sibanda have worked together before when Gumbo  was technical advisor at Bulawayo Chiefs in 2013.

Soccer24 also understands that Gumbo may also rope in former Warriors players Agent Sawu in his technical set up.

An impeccable source s told Soccer24, “Sawu is one of the coaches that Gumbo has recommended to be his other assistant.

Sawu is currently engaged at Bantu Rovers where is in charge of the club’s junior teams.