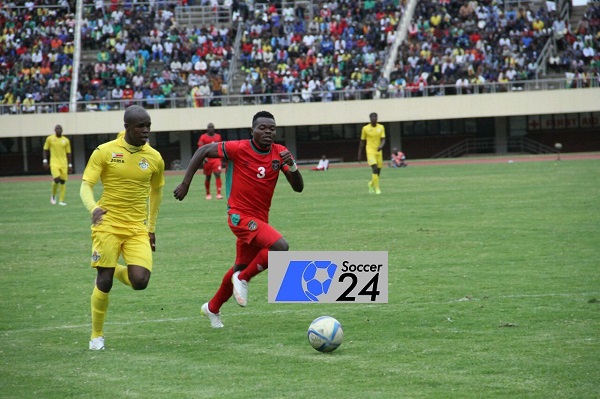 The Zimbabwe national team have qualified for the African Cup of Nations after beating Malawi 3-0 at the Nationals Sports Stadium this afternoon.

Zimbabwe qualify after Swaziland beat Guinea 1-0 in the other Group L encounter .The results mean the Warriors are now on 11 points and cannot be surpassed. Swaziland can still get the same number of points as Zimbabwe but with an superior head to head the Warriors seal qualification to Gabon.

Zimbabwe had a good start applying the early pressure and it was a matter of time before they took the lead.

Knowledge Musona opened the scoring for the Warriors,when he was brought down resulting in a penalty which he scored in the 16th minute.

Khama Billiat added a second with a brilliant finish in the first half after Onismor Bhasera picked him out following an overlapping run.

Halftime came with the Warriors leading but Malawi causing some anxious moments. The early stages of the second half saw ZImbabwe reduce their tempo allowing Malawi some chances.

However the Warriors recovered and regained the upper hand with Billiat and Musona coming close to adding to the lead.

Cuthbert Malajila sealed the win with a header at the end following a Knowledge Musona cross.

It’s the third time the Warriors have made the continental show piece and the first time they have qualified as Group Winners.