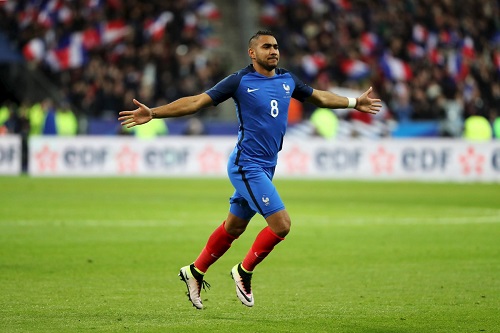 Dimitri Payet scored a beautiful goal late on to hand France a Euro 2016 opening 2-1 win over Romania at the  Stade de France.

France failed to take their chances in the first half but finally took the lead when Oliver Giroud headed in the 57th  minute following a Payet cross.

However the lead only lasted eight minutes when Romania when were awarded a penalty after some clumsy defending by Patrice Evra, which Bogdan Stanuc converted by spot kick.

With time running out for France, Payet scored a wonderful in the 89th minute receiving Kante’s pass before unleashing a left foot shot into the top corner.

The win gives France a winning start to the competition and move top of their group before Albania and Switzerland play the other group game.