Young Warriors beaten by Cameroon in U-20 AFCON qualifier 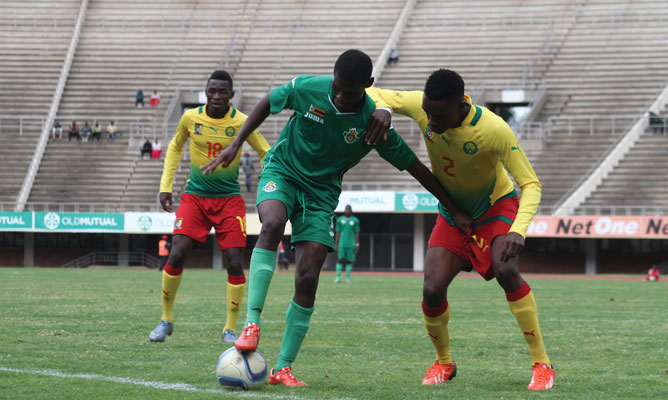 The Young Warriors have crashed out of the U-20 AFCON qualifiers after losing 3-0 to Cameroon in Yaounde this afternoon.

Zimbabwe succumbed to first half goals by Eric Mbu Ayuk and Mpindi Ekani in the 20th and 27th minute  with Cameroon scoring the third in second half .The first leg in Harare finished in a goalless draw but the Warriors could not score away.

Cameroon are through to the  final round where they will face Libya.

The loss sees the Young Warriors fail to match the achievements of Mighty Warriors and the U-23 squad who both beat Cameroon last year.