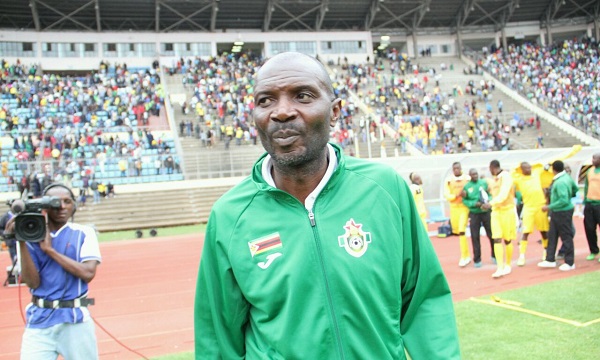 The Warriors were left on the brink of being eliminated from the 2016 edition of the Cosafa Cup after playing  a goalless draw with Madagascar at the Sam Nujoma Stadium this evening.

Also see:Action as it happened

The Warriors were wasteful in front of goal and failing to convert their dominance into goals while Madagascar keeper Chretien Andriamifehy put on a man of the match performance.

The Warriors started to control the game after the opening ten minutes with Danny Phiri testing the keeper with a long range effort.

As the first half progressed Zimbabwe continued to make more inroads but were found wanting on the final ball. Charlton Mashumba failed to take full advantage of couple of chances with Obadiah Tarumbwa put his shot wide after weaving into the box in the 36th minute.

The half ended with Andriamifehy been kept busy with the Warriors raids.

A few minutes after halftime Mashumba had a great chance to put the Warriors ahead when he was put through on goal but shot weakly to blow the chance.

With time running out Pasuwa brought in King Nadolo and Bruce Kangwa as the game progressed.Kangwa could have scored but was denied by a good stop by Andriamifehy.

While Zimbabwe searched for the opener Madagascar were a threat on the break forcing Mukuruva to make a string of saves.

Eventually the two sides could not be separated as the match ended in a goalless draw a result that favours Madagascar and Swaziland.

Swaziland hammered Seychelles 4-0 in their earlier kickoff to move top of Group A before the final round of matches on Wednesday.