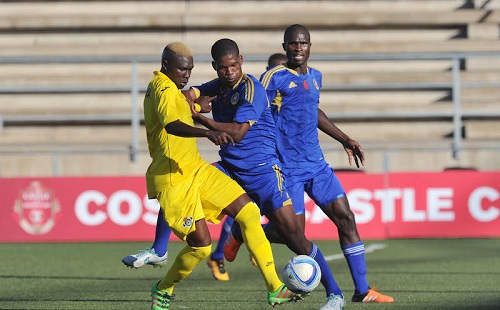 Warriors head coach Callisto Pasuwa has admitted his players were wasteful as they played out a goalless draw with Madagascar in the Cosafa Cup last night.

The Warriors front line of Obadiah Tarumbwa,Charlton Mashumba took chances to miss throughout the game resulting in the first goalless match at the 2016 edition of tournament.

The result saw the Warriors chances of qualification to the quarterfinals suffer a blow and they will now need to beat Seychelles convincingly and hope Swaziland and Madagascar draw.

Both Swaziland and Madagascar have four points with Swaziland on top after thrashing the Seychelles 4-0 yesterday .

However Pasuwa still believes the Warriors can go through and will not be giving up. Speaking after the game Pasuwa is quoted by the Herald saying, “We missed so many chances, luck was not on our side and in the end we got a point again and its back to the drawing board.

“We cannot surrender now, we play our last game and see how it goes added Pasuwa.

Zimbabwe will play Seychelles on Wednesday.