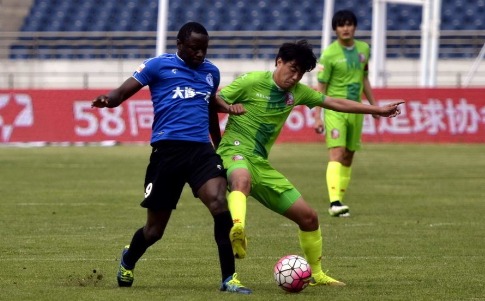 Zimbabwean international Nyasha Mushekwi scored a brace for his Chinese side Dalian Yifang as they beat Meizhou Hakka 2-0 at the weekend.

Mushekwi has had a brilliant start at Dalian Yifang who play in the Chinese second division. It was Mushekwi’s 10th goal of the season putting him joint top goal scorer after 14 games.

Mushekwi who is now a vital asset for Dalian Yifang  asked to be excused for  Warriors AFCON 2017 qualifier against Malawi a few weeks ago.

Mushekwi’s form is likely to attract a lot of interest from the money spinning Chinese first division clubs.