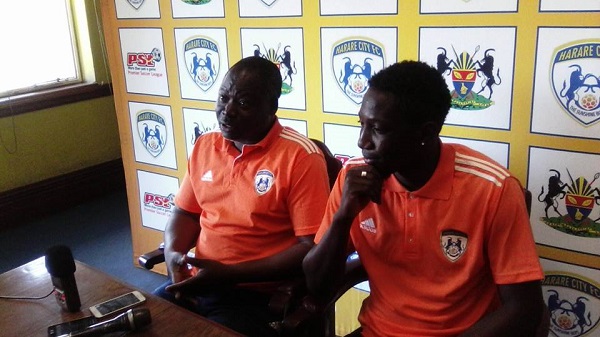 Moses Chunga faces probably his toughest test since taking over as Harare City head coach when he they take on Dynamos at Rufaro Stadium this afternoon.

Chunga has a 100% record of two wins out of two at Harare City and is aiming for nothing short of another win against the side where he made his name.

Chunga was quick to point out this week that people though people will  always associate him with Dembare but he was now at Harare City where his bread is buttered and will focus on getting a win.

Dynamos are on a revival of their own after registering two consecutive for the first time this season.

In other matches this afternoon FC Platinum have a tricky clash at Mandava Stadium against David Mandigora’s Triangle.

A big win could see FC Platinum take top spot, there would need at least a four goal margin to go above Highlanders. Triangle have a had a decent start to the season and are in 5th spot after 10 games and will not be pushovers. Though they have only registered one away win in four matches.

Tsholotsho take on defending league champions Chicken Inn at White City knowing a win could see them go above the Gamecocks . Tsholotsho are in the relegation zone while Rahman Gumbo will be keen for Chicken Inn to start getting results under his spell.

At Baobab Stadium ZPSL striker Border Strikers will fancy their chances against Ngezi Platinum who will have Tonderai Ndiraya in charge for the first time. Border Strikers are bottom of the table with only three points and will need to capitalise on fellow debutants to stand a chance of survival.