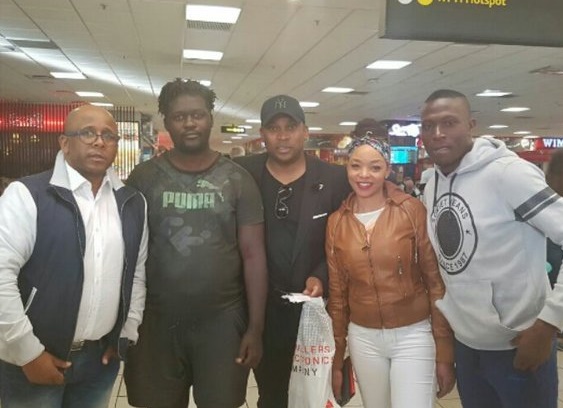 Orlando Pirates striker Tendai Ndoro has been key in gathering support for Mkandawire after meeting his fellow countryman at a shop in Kempton Park earlier in the week.

Ndoro took to social media calling for help for Mkandawire and expressed sadness after he had given his account.

David Mukandawire was my role model but tears were rolling down my cheeks when he was trying to ellaborate his touching story to me..tjoooo things can change instantly.we all need to be very carefull whoz happy for u or who u deal with in life.

Since then a number of well-wishers have offered their assistance including health practitioner Dr Fundile Nyati who has offered medical assistance for Mkandawire at a Thembisa Hospital.

Mkandawire is believed to be mentally ill and will need proper diagnosis according to Dr Nyathi. Marawa missed his daily show today (Friday) as he and Ndoro searched for Mkandawire in Kempton park until finally finding him at O. T Airport after two hours.

Marawa said a number of pledges have been made to assist Mkandawire including the South African Players Union who have already started chipping in and are also working to contact his family in Zimbabwe.