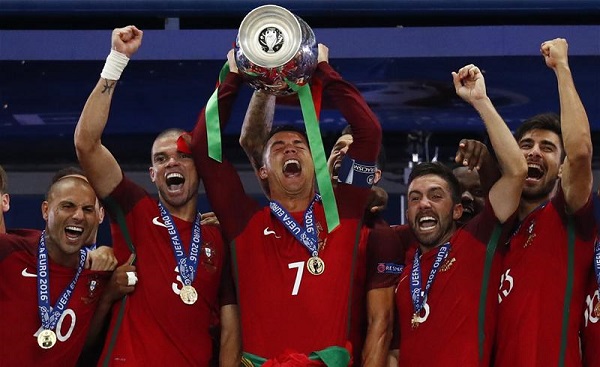 Portugal have clinched the Euro 2016 title after beating France 1-0 in extra time at the Stade de France.

Portugal had an early set back when star player Cristiano Ronaldo was forced off in the 24th minute after failing to recover from an injury.

Despite France dominating proceedings for most of the game Portugal’s discipline counted when Eder came off the bench to score with a long range effort beating Hugo Loris in goal for France.