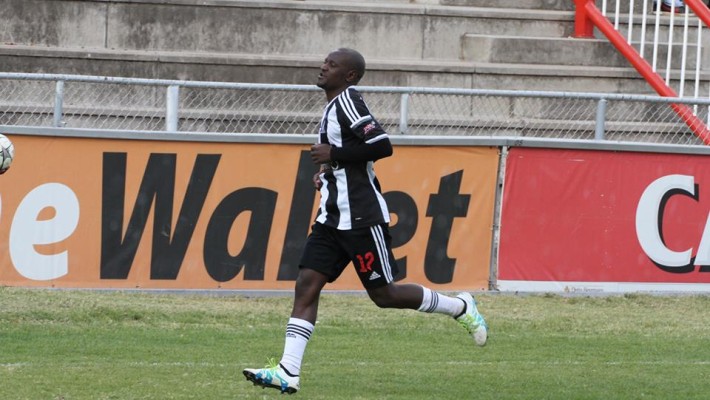 Highlanders moved to the top of the Castle Lager Premiership with a 1-0 win over CAPS United at Barbourfields Stadium this afternoon.

CAPS dominated proceedings for most of the first half with Justice Jangano almost putting his side into the lead as soon as the seventh minute.

Highlanders finished the half strongly with Mudzingwa and Kangwa come close just before the break.

In the 55th minute the game turned in favour of Highlanders when veteran striker Leonard Tsipa head butted Peter Muduhwa in an off the ball incident. The young defender had been giving the CAPS attack a torrid time and Tsipa seemed to react and was subsequently sent off.

The sending off opened the game for Highlanders as they found more spaces to penetrated. Bruce Kangwa was through on goal minutes later but could not bury his shot effectively.

However in the 65th minute Kangwa made no mistake when the talented Prince Dube set him up  to put Highlanders ahead.

With CAPS United desperately looking for the equaliser Highlanders could have add more on the break but failed to take the chances. Phineas Bamusi had a great chance to equalise for CAPS United but could only strike the woodwork minutes before full-time.

The win sees Highlanders take top spot at the halfway stage of the league with a game in hand.

Denver Mukamba was handed his first game since signing for Dembare and though he sparked at times it wasn’t enough to help his side clinch maximum points despite their dominance and chances.

At Mandava stadium Brian Muzondiwa scored the only goal as FC Platinum edged Bulawayo City 1-0. In other matches How Mine beat Border Strikers 2-0 with Pascal Manhanga and Praise Tonha on target. Chapungu were also victorious over Mutare City with Allen Tavariswa putting the home side ahead before Patrick Khumbula scored the second on the 90th minute mark.

Border Strikers 0-2 How Mine 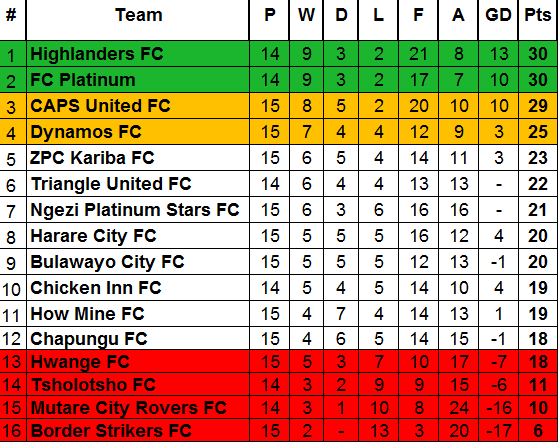