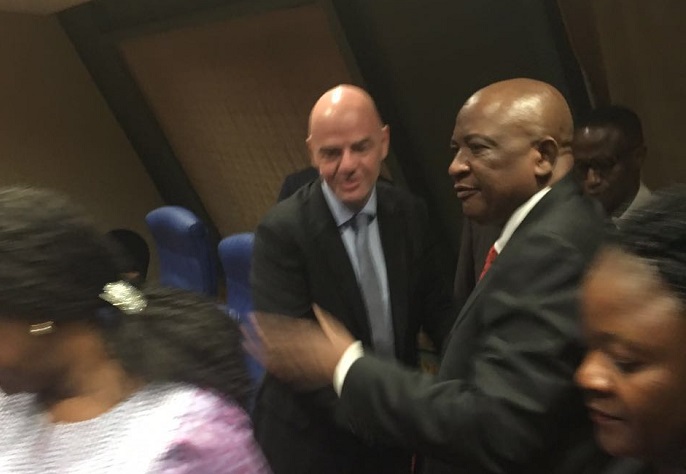 FIFA plans to increase the number of teams  participating at World Cup from the current 32 to 40.

“I believe for the 2026 World Cup, we should have 40 teams and out of the additional eight teams we should have at least two more African teams,” Infantino is quoted saying by Supersport in Abuja.

“We are discussing this and I hope I will be able to convince everyone as well he added.

Africa currently has five places at the global showcase held every four years. The Warriors were banned from participating in the 2018 World Cup qualifiers due to money  owed to former head coach Tom Saintfiet. Saintfiet’s debt was eventually paid but after the draw had been made.