Highlanders held by Triangle as Tsholotsho and Mutare also draw

Highlanders were held to a goalless draw by Triangle in a drab match played at Barbourfields Stadium. Highlanders threatened early before the before the game became more balanced with both sides failing to take the very few  chances.

Bosso clearly struggled without talisman Bruce Kangwa who is in Tanzania on trials with Azam while Triangle were content with the point choosing to sit back and wait for the opposition to attack.

The result sees Highlanders miss out on a chance to go top of the table after 15 games and now trail FC Platinum by two points.

At Luveve Stadium Mutare City came from a goal down to draw 1-1 with Tsholotsho. 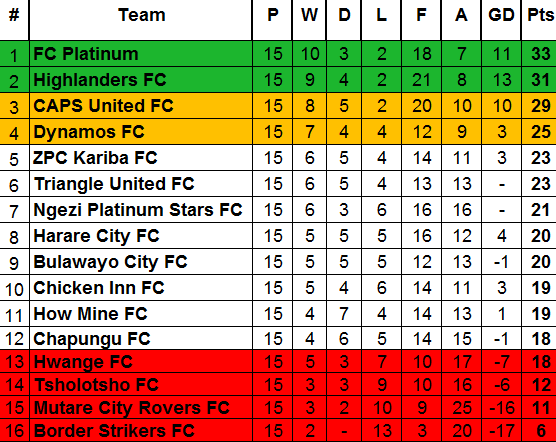