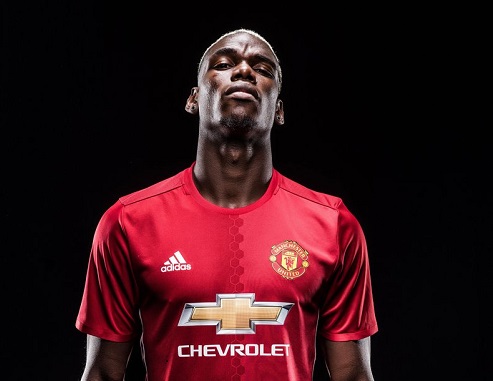 Manchester United have officially announced the signing of Paul Pogba from Juventus on a five year deal. Pogba joins on a world record €105 million transfer fee.

Pogba has been highly linked with a return to the club he left in 2012 and underwent his medical on Monday before his signing was made official in the early hours of Tuesday.

Speaking after his move Pogba said, “I am delighted to rejoin United. It has always been a club with a special place in my heart and I am really looking forward to working with José Mourinho,” he told the club’s official website.

“I have thoroughly enjoyed my time at Juventus and have some fantastic memories of a great club with players that I count as friends he added.