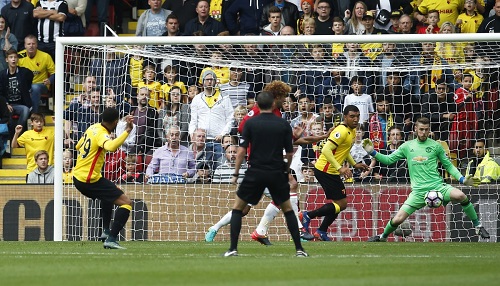 Manchester United were handed a second consecutive Premier League defeat when they went down 3-1 to Watford in  this afternoon.

Etienne Capoue gave Watford the lead in the 34th minute but Marcus Rashford equalised for the United in the 62nd minute.

In the 83rd minute Roberto Maximiliano Pereyra restored the lead for Watford second after coming on as a substitute.

Troy Deeney then added the third from the penalty spot after Fellaini brought down Zuniga in the box.