How Mine head coach Kelvin Kaindu says he happy to finally beat Dynamos but expressed disappointment at the antics shown by the club after they found a piece of pork in the changing rooms before their Chibuku Super Cup encounter.

The match went into a penalty shoot-out after ending goalless in normal time and How Mine won 5-4 on penalties with Donovan Bernard the hero for Kaindu’s team.

“I give thanks God, I have waited so long to beat Dynamos and had been praying asking when will I beat this team.

“But what we found in changing rooms is disturbing ,it”s not football ,its not sport.How Mine found a piece of opened  raw pork in their changing room. 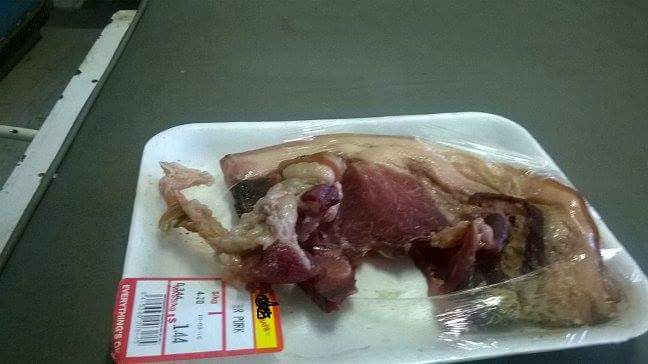 Piece of raw pork found in How Mine dressing room

Kaindu was also not happy with how his squad was treated generally prior to the game by Dynamos.

“I respect Dynamos ,they probably have the biggest support base in the country. “I know they wanted to win but a club like Dynamos cannot sink that low added Kaindu.

How Mine have reported the incident to the PSL and the match commissioner and it remains to be seen what action if any will be taken.