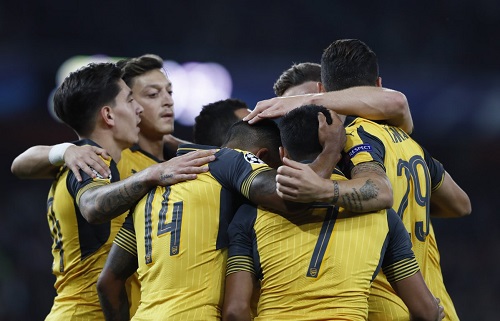 Brendan Rodgers’ Celtic Rangers ended Manchester City’s streak of wins when they played out a thrilling 3-3 draw while Barcelona had to come from behind to win against Monchengladbach Monchengladbach.

Moussa Dembele gave Celtic the lead but Fernandinho equalised for Manchester City. Raheem Sterling then scored an own goal before making amends by scoring the second for City.

Dembele restored the lead for Celtic but Nolito 55th minute goal made sure the points were shared,

At the Emirates Stadium a first half brace from Theo Walcott was enough to see Arsenal clinch a 2-0 win over Swiss side Basel.

Bayern Munich were handed a 1-0 defeat by Atletico Madrid with a Yannick Carrasco goal deciding the match. Antoine Griezmann could have added a second but missed an 84th minute penalty.