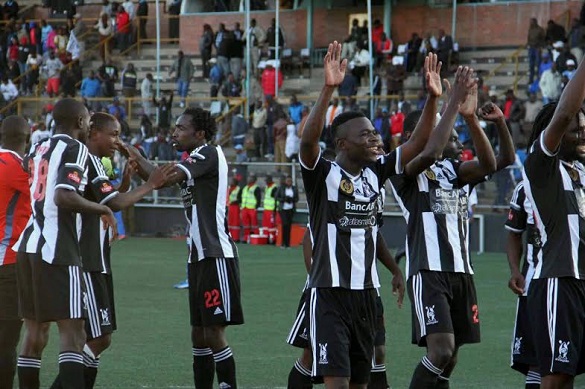 A cold war is brewing between Chapungu and title chasing Highlanders over Ascot Stadium where both teams have booked for training sessions at Ascot Stadium on Friday ahead of the Castle Lager premiership encounter the following day.

Bosso are among the three teams chasing the title and need to win Saturday’s match at all costs while the airmen are aiming for a top eight finish.

Hostilities heightened after word went round the Highlanders fans had booked for their club to train at Ascot Stadium when they touch down on Friday ahead of Saturday’s match.

“Waru Waru” uses the venue at its home games and training sessions. Ascot is owned by Gweru City Council.

“We are not going to allow them to train there because where else have you heard such things happening. Have they allowed us to use Barbourfields during all these years. All we want is fair play and if they entertain any chances of training then they should use other venues which is not Ascot because it is ours,” he said.

However, Peter Dube the Highlanders chairman said he is not aware of the developments and said they had not made such arrangements.

However, a receipt seen by Soccer24 shows that Highlanders had paid $17, 50 to use Ascot Stadium which was signed by a Ndlovu who is employed by council.

Director of housing and community services Shingirai Tigere said he was not aware of the developments as he was attending budget consultation meetings the whole day.