CAPS United most ill-disciplined team in the league says PSL

The Premier League has released the discipline table for the 2016 league season so far.  CAPS United maybe leading the title race but are bottom of the discipline standings according to a table released by the Premier Soccer League

The Green Machine has 355 points due to various offences committed while Hwange are the most disciplined team  with 145 points. 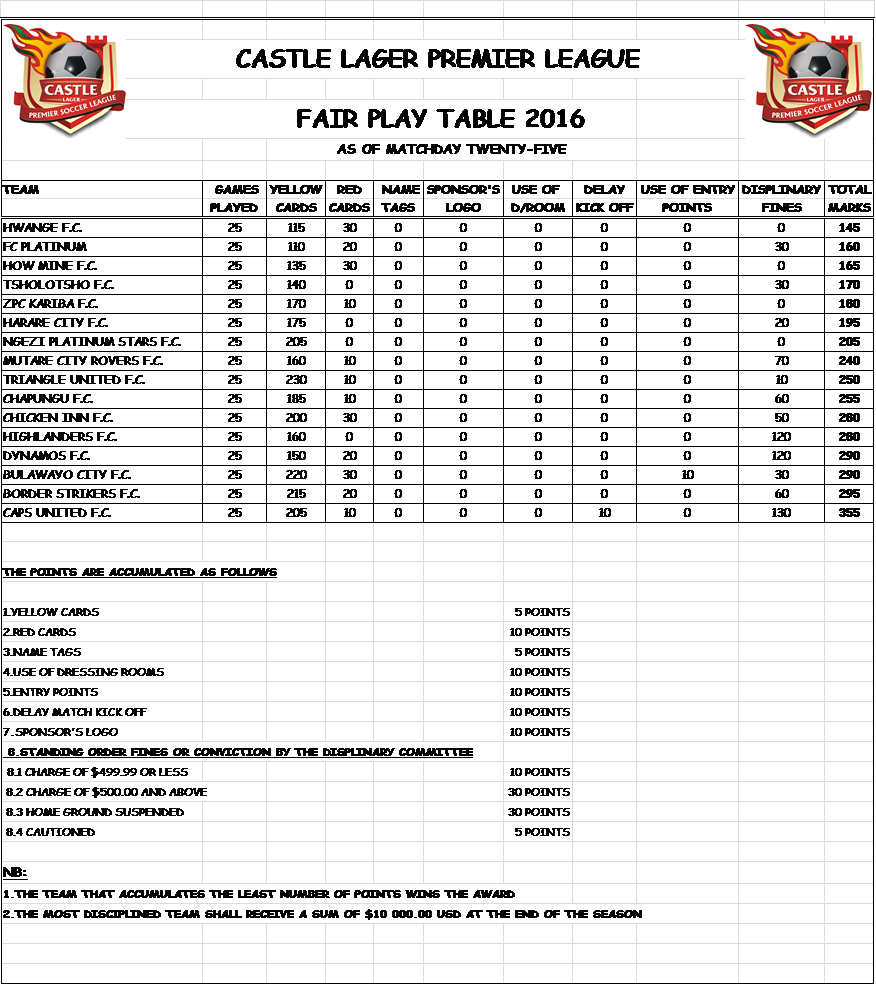