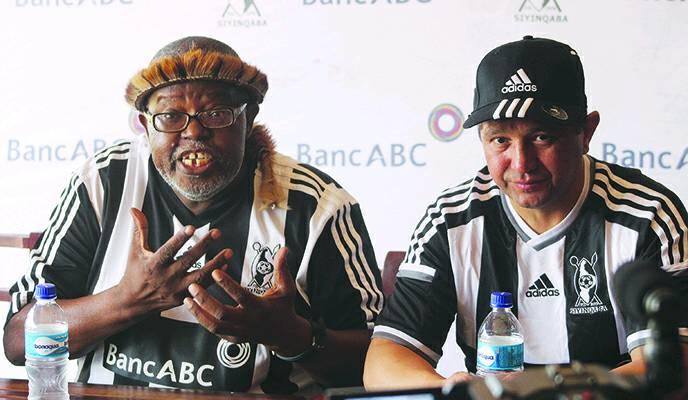 Highlanders have indicated they will appeal the decision by the PSL ordering the club  to play in an empty stadium.

Highlanders were handed a $3500 fine and ordered to play their next home fixture against Bulawayo City in an empty stadium after Bosso fans invaded the pitch and threw missiles following a game against Chicken Inn.

Speaking at Highlanders’ press conference on Thursday afternoon club CEO Ndumiso Gumede confirmed that they would appeal the decision.

“The long and short of is that we are appealing against that decision and as is common once we appeal it goes to the status quo said Gumede,

The Dynamos decision has not been effected we are not taking any leaf out of their appeal process, that means our own appeal has to take a little longer it has to follow after the Dynamos one has been done, it is as simple as that, you don’t have to be a nuclear scientist to see the progression.

“We are going to appeal this decision we think it’s terribly misplaced,’’ added Gumede.

An appeal will likely see Highlanders buy some time or totally escape the stadium ban. In June Dynamos were handed a similar punishment after violence by their fans.

Dynamos appealed and did not end up playing in an empty stadium.