FC Platinum head coach Norman Mapeza has called for unity after fans reacted angrily to their 1-1 with Ngezi Platinum at Mandava Stadium.

It was the second consecutive time the club had dropped points leaving their title hopes hanging on a thread.

FC Platinum are in second place with 52 points but could be over taken by Highlanders and the gap between them and  CAPS United could be increased to four by the end of the day. 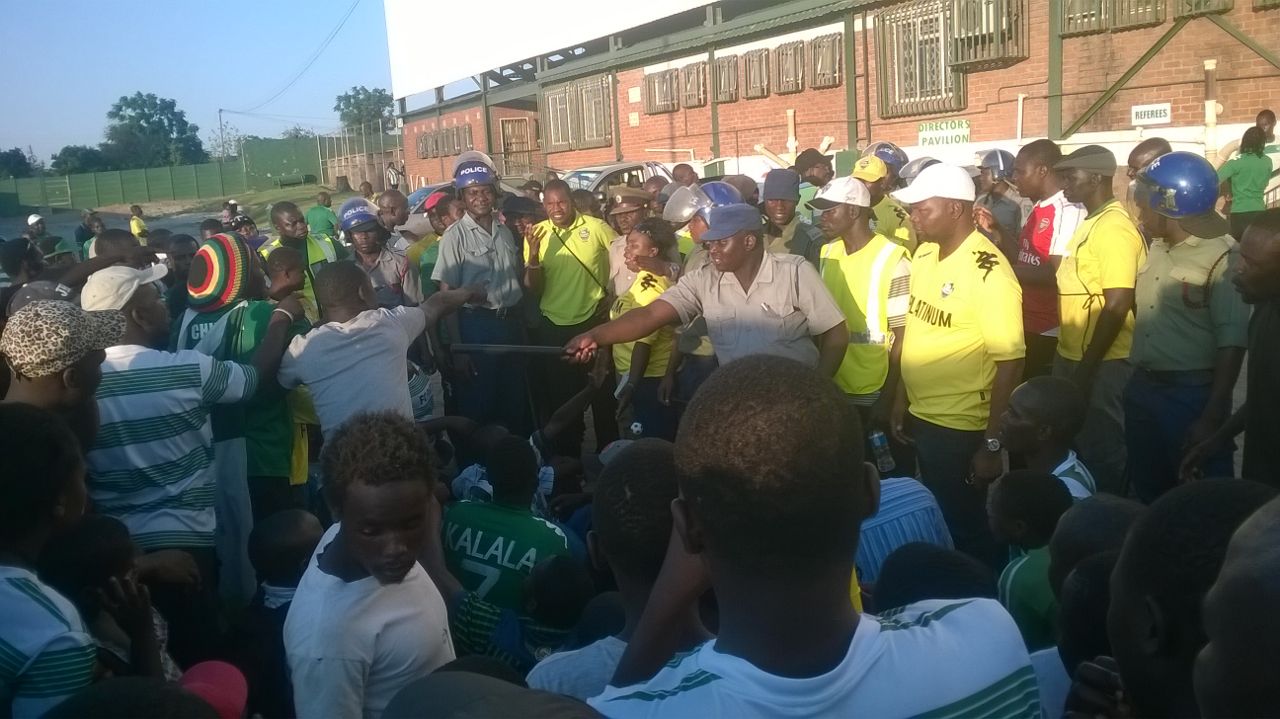 Angry FC Platinum fans after the draw with Ngezi Platinum

Fans reacted angrily to the defeat and seemed to turn against Norman Mapeza leading to police details to move in and diffuse the situation.

“It’s disappointing said Mapeza after the game.” I take the blame, I failed to get a positive result but life goes on. Fans are angry because they wanted a win but we have to remain united.

“We lacked concentration after taking the lead. I will continue working hard and I still believe(for league title ). We are not under pressure at all but this is part of football.