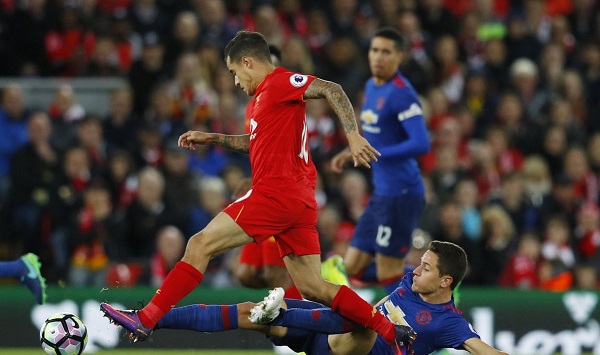 Liverpool and Manchester United played out to a goalless draw in an English Premiership match played at Anfield on Monday night.

Manchester United walked away more satisfied with a point as they created very little going forward but did well at the back to keep out Liverpool from scoring.

David De Gea made two key saves for Manchester United as Liverpool’s were left frustrated despite creating the better chances.