Akbay wants to avoid penalty shoot out against Ngezi Platinum 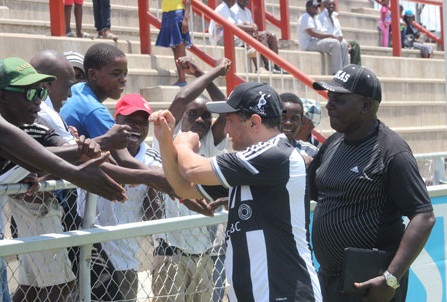 Highlanders head coach Erol Akbay is keen to get past Ngezi Platinum to keep alive “the dream” for a league and cup double.

Highlanders beat Ngezi Platinum 2-1 in the league last month with Bosso getting a last minute penalty and Akbay believes they now have a better understanding of their opposition.

Ngezi Platinum head coach Tonderai Ndiraya blasted the officiating after the game and suggested the referee was trying to help Highlanders in the title race.

“We now know how they play and are ready for them said Akbay. They are a team that will sit back and try and catch you on the counter.

The Dutchman admitted he wanted the match to be settled in normal time to avoid getting into a penalty shoot -out.

FC Platinum and Harare City will clash in the other semi-final set for Mandava Stadium on Saturday.