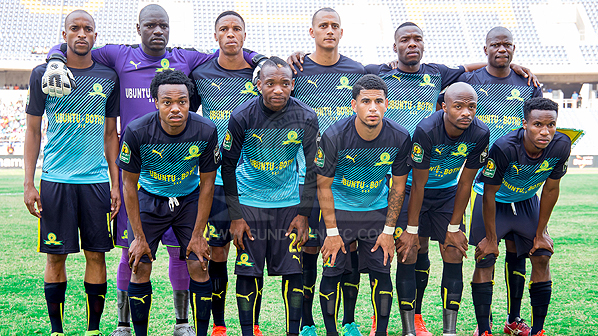 Mamelodi Sundowns have won the 2016 CAF Champions League despite going down 1-0 to Zamalek in the second leg in Egypt.

Sundowns win the cup on a 3-1 aggregate after winning the first leg 3-0. Zamalek pressed Sundowns for most of the first half reducing the South African side to defending and trying to catch the home side on the break.

In the 26th minute Sundowns were dealt a blow when Ugandan keeper Onyango was stretched off after an injury and replaced by Wayne Sandilands.

Billiat hit the post after cutting into the box ,then shooting just before half-time as Sundowns came close to taking the lead.

In the 64th minute Zamalek finally scored with Stanley Ohawuchi’s  long range effort beating Sandilands.The goals spurred the Egyptians as they threw everything to Sundowns  who held on at times with desperate defending.

Sundowns become the second South African side to win the competition after Orlando Pirates clinched the tournament in 1995.