In the Castle Lager Premiership this afternoon there were wins for Dynamos, Bulawayo City and Chicken Inn.

At Rufaro Stadium Rodreck Mutuma gave Dembare an early lead before a well taken strike in the second half by Dominic Mukandi sealed maximum points.

Dynamos are in fourth spot with 43 points after the result. At Barbourfields Stadium Bulawayo City came from behind to beat ZPC Kariba 3-1 .

At Luveve stadium a curling effort by Daryl Nyandoro was enough for Chicken Inn to beat How Mine 1-0 in a Bulawayo derby while relegated Border Strikers played a goalless draw with Triangle at Dulivhadzimu. 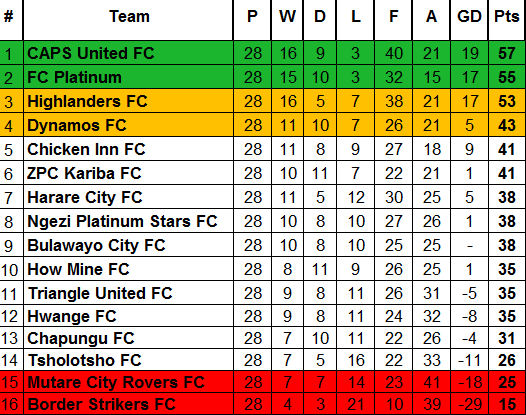