CAPS United midfielder Archford Gutu appears to have taken a swipe at club head coach Lloyd Chitembwe after growing frustrated with a lack of game time at the club.

Gutu has fallen down the pecking order despite his high profile move to CAPS United after ditching former club Dynamos last minute.

You play me when you want? Well I train when I want ,you think I don’t hv feelings 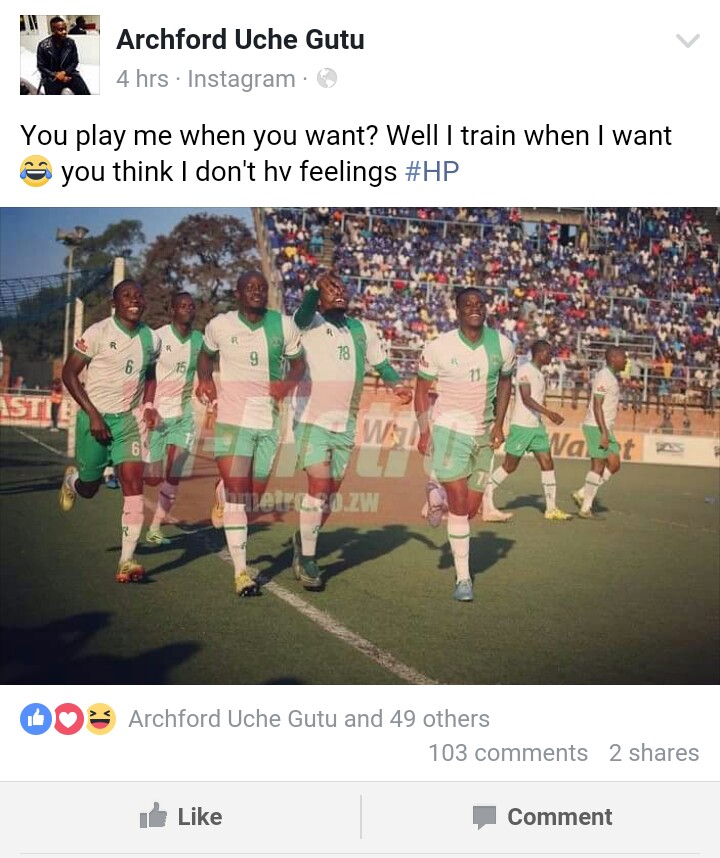 With CAPS United on the verge of clinching the league title Chitembwe seems to have stuck to his winning combination leaving Gutu facing an uncertain future at the club.

Gutu’s contract will be expiring at the end of the year and with the current state of affairs looks likely to be on his way out.