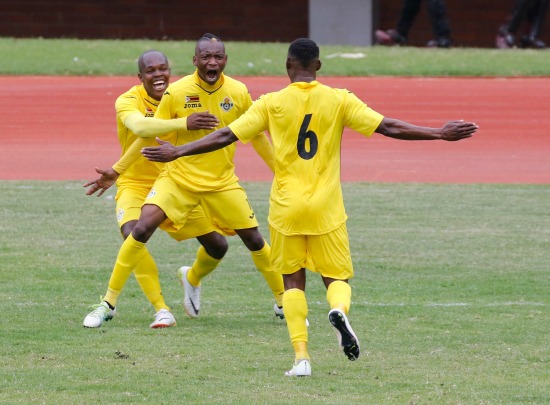 Zimbabwean international Khama Billiat has finally joined the Warriors squad ahead of the international friendly against Tanzania at the National Sports Stadium on Sunday.

Billiat was the only player absent at today’s Warriors training session in the morning but has since linked up with the rest of the team.

Callisto Pasuwa and his technical team are keen to make the most of the match as part of preparations for AFCON 2017.

Billiat’s arrival completes the 23 man squad called up .The Mamelodi Sundowns forward was set to be rested for the match but Pasuwa had a change of mind as he sought to make use of the friendlies the Warriors will get to have.

Meanwhile Tanzania are expected in the country later today. We are expecting Tanzania to arrive at mid-night ZIFA spokesperson Xolisani Gwesela told Soccer24.