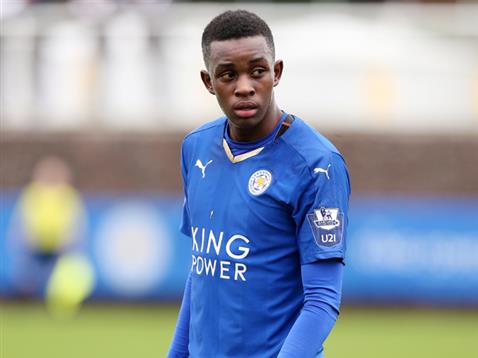 Warriors head coach Callisto Pasuwa says he has been tracking highly rated Leicester striker Admiral Muskwe with a view to call him up to the national team squad.

Muskwe was rewarded with a professional contract by club in June this year that lasts until 2019. Muskwe has shown great promise being named the Leicester Academy Player of the Season last season.

Muskwe has also indicated he wants to play for Zimbabwe.

With Warriors squad for the African Cup of Nations yet to be finalised Pasuwa says the door  is still open for players eligible to play for Zimbabwe to come into his squad.

“I have always said that as long as a player is Zimbabwean and eligible to play for us he has an equal chance of being considered for the Warriors Pasuwa told the Herald.

“We have a number of talented players out there and Muskwe is one such players whom I would want to assess closely in the national team added Pasuwa.

Pasuwa recently called up England based pair of Tendayi Darikwa and Macaulay Bonne for the Warriors friendly against Tanzania but both players had documentation issues that need to be sorted out before turning of for the national team.