Mourinho: I get less respect than Arsene Wenger 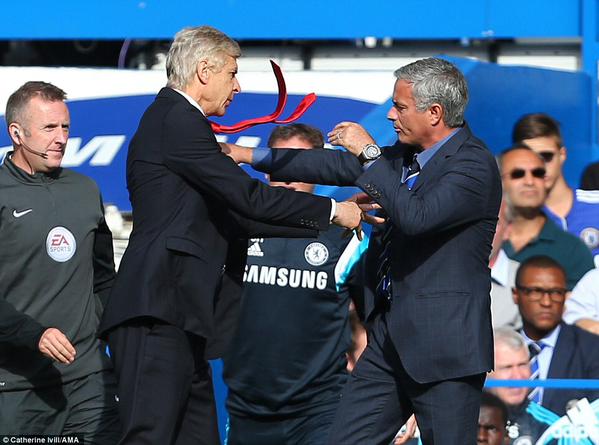 Manchester United manager Jose Mourinho has taken a swipe at Arsenal boss Arsene Wenger ahead of their EPL clash this weekend.

The two managers have had a frosty relationship and United head into the match needing a win to  avoid falling further behind in the title race. Wenger on the other hand has never beaten Mourinho in the EPL.

Mourinho who once referred Wenger as a specialist in failure took another dig at the Frenchman.

Speaking at his weekly press conference ahead of the game Mourinho said, “We should be respected, even in periods when our results are not the best said Mourinho.