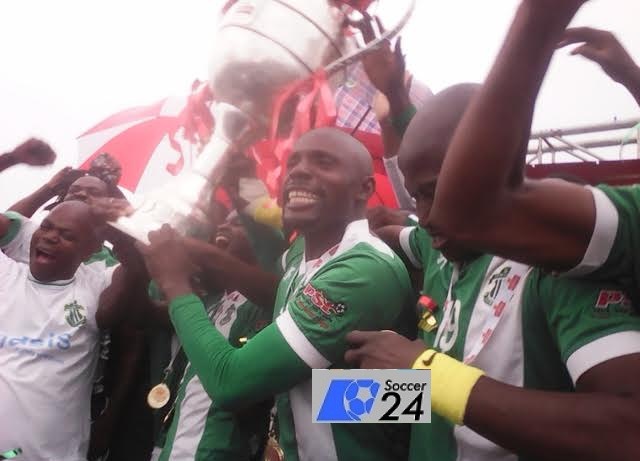 The Green Machine had a dream start when Simba Nhivi scored after only two minutes when he latched onto a loose ball and scored with his second try.

CAPS United continued to dominate for most of the half as Chapungu were restricted to defending.

Tafadzwa Rusike was a constant menace on the wing as CAPS United pressed despite the wet windy conditions.

CAPS picked up where they left off in the second half with Ngodzo’s shot come quite close after play resumed.

In the 52nd minute Nhivi had the ball in the back of the net but the effort was ruled out for offside.

As the game progressed Chapungu imposed themselves more into the game and caused a couple of anxious moments but CAPS United held on.

Ronald Pfumbidzayi and Dominic Chungwa had great chances to add more goals but the one goal was enough for CAPS United to clinch a first title since 2005. Its CAPS United fifth league title in its history and walk away with $100 000 in prize money. 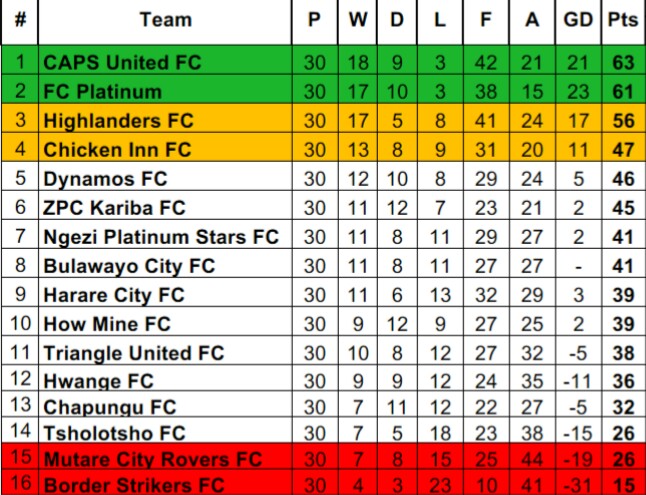