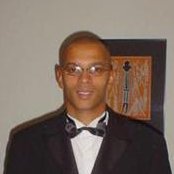 Hodges is a prominent Zimbabwean born Banker .His career has spanned over 31 serving as Dealer up to Group Treasurer in financial institutions like ZABG, CBZ, FBC, Stanbic, MBCA, and Barclays.

A statement from the club read Andy  has continued to give input into the Club. Lewis has attributed th recent league success this year to Andy’s advice, inspiration and vision.

Mordecai Sachinkonye has been retained as the Vice Chairman of the Board.

Club president and majority shareholder Farai Jere returns to the Board. He immediately assumes responsibility for Finance, Business Development and External Corporate Stakeholders ,Nhamo Tutisani is the First Vice President while Lewis Uriri is the 2nd Vice President.

Abraham K. Kawadza and Alex Munyaka have been retained as the two Board members responsible for NonCorporate Stake holders.

According to CAPS United Hannah has been involved with Newcastle United Football Club in the United Kingdom between 2007 and January 2009 where she served as Newcastle United’s Marketing and Sales Executive.

She has vast marketing and advertising experience. She is presently the Marketing Manager of Stream Walk (Radisson Blue Hotel).

Willard MANYENGAVANA has been retained as the Board Member, Operations.

With the new board coming in Tino Hove,Desmond Ali and Alois Bunjira have left the club for other interests.

The club executive will consist of the following: