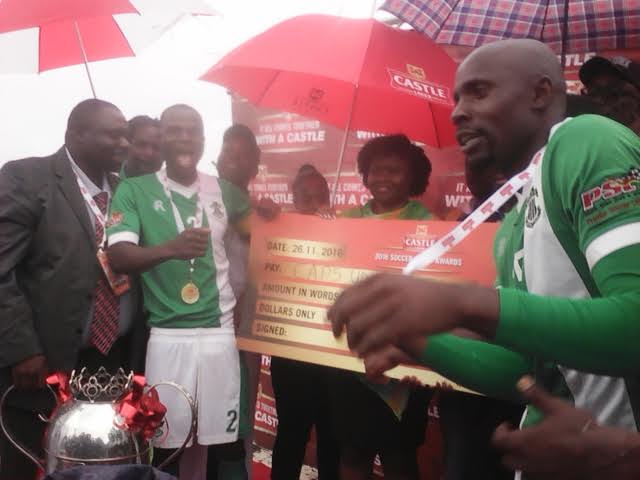 Fines for various offences will cost CAPS United with the PSL set to deduct  from their prize money for winning the league title.

CAPS United recently clinched their first title in 11 years  and were going to collect $100 000 in prize money. However the Green Machine has been one of the most ill-disciplined teams in the league.

According to Newsday, CAPS United’s fines will cost the club at least $12 000, with the PSL  garnishing the club and thus leaving the champions $88 000.

CAPS United president Farai Jere had been keen to reward players with half of the prize money while ploughing the other half into the club ahead of their CAF Champions League campaign.