AFCON 2017: Afobe opts to play for Bournemouth ahead of Nations Cup 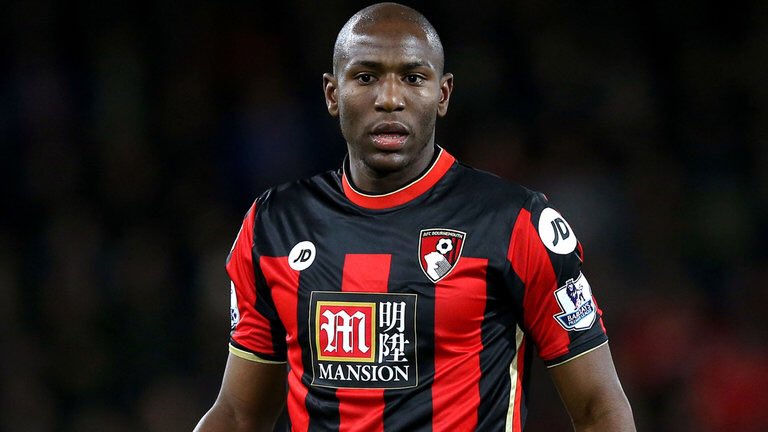 Bournemouth striker Benik Afobe has pulled out of the AFCON 2017 to stay with his Premier League team despite recently switching his allegiance from England to the Democratic Republic of Congo.

The Congolese football federation (Fecofa) on Monday confirmed Afobe’s withdrawal from a 31-man preliminary squad, who have gathered in Yaounde, Cameroon for pre-tournament preparations.

“Afobe has forfeited from the tournament,” said media officer Gerard-Desire Angengwa without offering any reason.

The 23-year-old was selected in DR Congo’s provisional squad for the tournament in Gabon, but has decided to stay with the Cherries to aid his improvement as a player.

“For the last couple of months I have been talking to my family and thinking about what is best for my development,” explained Afobe.

“I have a lot of respect for everyone at DR Congo: the staff there, the players and fans. It’s a massive tournament for everyone, but thinking about my development and being at this stage in my career where I’m trying to establish myself in my first full Premier League season, I just want to keep improving.

“I have a great opportunity here now and I think by going away and missing six or seven weeks it could hamper my season personally and for the team.”

The striker went on to say that he had been given the full support of his international manager with DR Congo.

Afobe continued: “I spoke to the manager Florent Ibenge over the phone and that’s something I wanted to do myself to show respect. We spoke and he said that he understood.

“He said he was a player himself and that he understands the situation I am in, he hopes that I can keep improving and getting more minutes with Bournemouth.

“Everything’s been left in a good way and I’ll be watching every game the team play in the tournament and hoping to do as well as possible.”

Afobe scored his second Premier League goal of the season in Saturday’s 3-0 win over Swansea City and is confident that he is still developing as a player.

“As a forward you always want to be scoring goals,” he said. “Goals are what strikers live for. The main things for me is that I keep improving, getting chances and work on my composure.

“I’ve still got a long way to go, I’m only 23, but I feel I’m going in the right direction and I want that to continue.

“It was a honour for me to be considered in the provisional squad and I look forward to representing DR Congo in the future.”