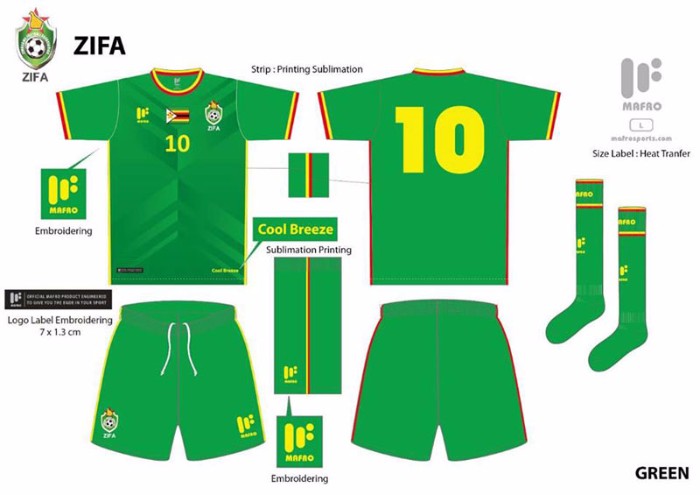 Singapore based sportswear Mafro manufacturer will kit the Warriors at AFCON 2017 according to ZIFA.

The association has denied that the deal with Mafro has collapsed and insisted the kits will be ready in time for the tournament.

Rumours have been circulating that the deal had collapsed and the national team would be wearing unbranded kit at the tournament.

However ZIFA communications manager Xolsani Gwesela dismissed this . ‘It’s just speculation there is nothing like that the Warriors will wear Mafro kit at AFCON 2017 he told Soccer24.

ZIFA though seem to be running out of time with the Warriors resorting to using Joma kit for training and travelling despite the termination of the deal last year. Warriors players boarded the plane to Cameroon in Joma kits yesterday afternoon.

Gwesela played down the use of the Joma kit saying they were still in a transition phase as they wait for the new kit from Mafro.

Zifa is understood to have had offers from both Adidas and Puma but both brands would not have been able to produce something in time for AFCON leaving  Mafro as the only option.

The deal with Mafro is only for AFCON for now. The Mighty Warriors participated at the African Women’s Cup of Nations last year with an unbranded kit bought by ZIFA president Philip Chiyangwa in South Africa  following the termination of the Joma deal. 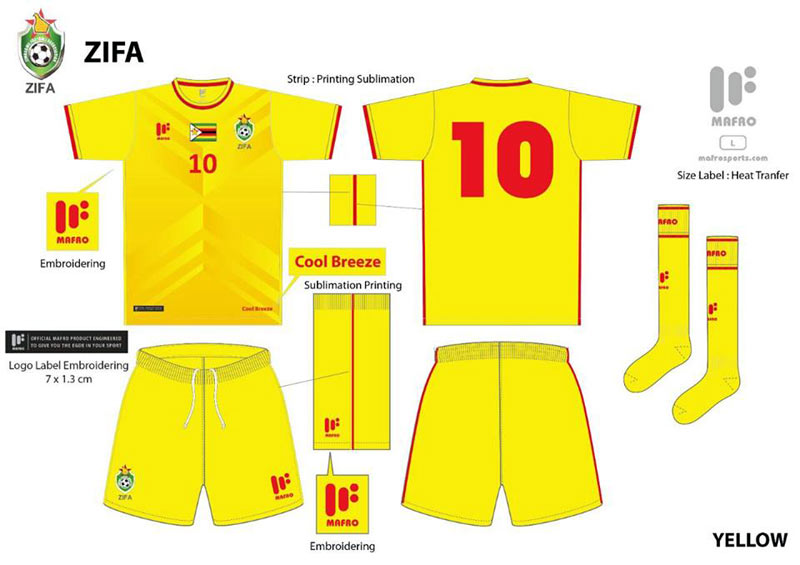