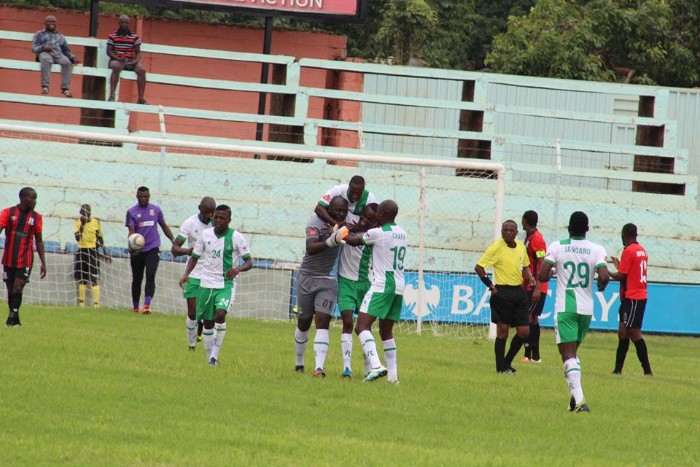 CAPS United have beaten Zambian champions Zanaco 2-1 in an international club friendly played at the Nkoloma Stadium this afternoon.

The Green Machine bounced back following their loss on Friday to Red Arrows as they continued their preparations for the CAF Champions League.

CAPS United goalkeeper Edmore Sibanda thrust his side into the lead in the 23rd minute from a free kick.

At the break CAPS United looked to be in control and lead 1-0. Abbas Amidu doubled the lead for CAPS United in the 59th minute as they continued to dominate proceedings.

The later stages saw Zanaco apply more pressure and aided through questionable officiating got themselves back in the game. First Zanaco missed a penalty in the 72nd minute before converting another penalty through Saith Salsa after Dennis Dauda had handled in the box.