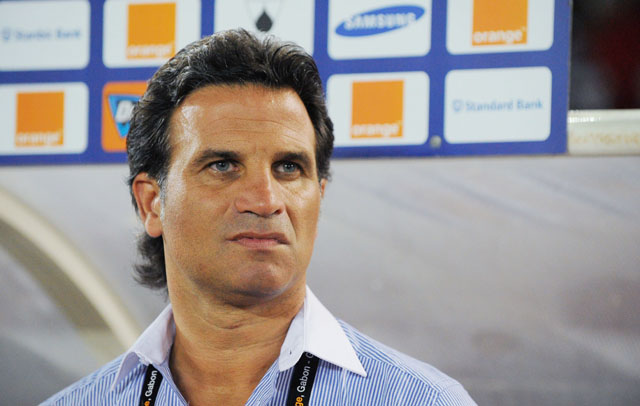 Burkina Faso Coach Paulo Duarte does not feel inferior ahead of the semi final clash against Egypt tonight, despite playing the Seven times Nations Cup Champions.

Five years after being sacked as the coach of Les Etalons as Burkina Faso is affectionately known, the Portuguese coach, Paulo Duarte is back as the Head Coach and this time in the semi-finals of the Nations Cup.

During the 2010 and 2012 stint, he had a relatively in-experienced squad which managed a quarterfinal spot.

“I am very happy with my team’s performance at the Nations Cup. We produced very good football and that is the most important thing to me.” He said

Paulo Duarte has managed to blend together a strong team which he had introduced first in 2010 and 2012, and there is a chance that it will display fantastic football to the surprise of the Pharaohs.

“Even though we twice managed to qualify for the quarter-finals (2010 and 2012), the team had no experience,” said Duarte.

“The only ambition they had then was to qualify, because when I arrived, Burkina Faso had not played at the finals for six years.

“When I came back, it was a very different story, although there were some problems. I tried to fix them, but I had to go slowly,” he recalls, adding that many of the players who lacked the experience in his first stint in charge, were now leading the team.

“Today, I have more talent. Leading players are in their late 20s. They are between 27 and 29 years, in their best age. As a result we play better and it makes it easier to integrate new, younger players.” He said.

Paulo is still optimistic that there is a chance for them to defeat Egypt to book them a spot in the final. He claims that his team is equally good as the 7 time champions and has better scoring chances than Egypt.

Right wing Jonathan Pitroipa will be missing the game because of a wound whilst the rest of the squad is completely fit and there are no risks of injuries yet.