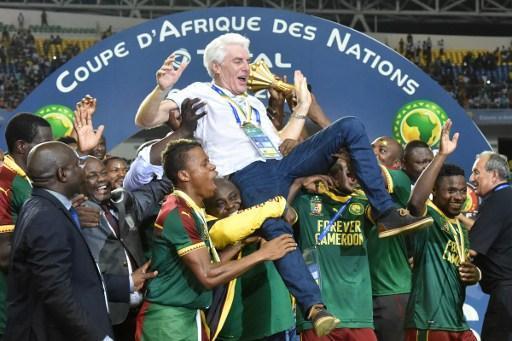 Hugo Broos became the first Belgian coach to win the AFCON after his Cameroon side beat Egypt in the final 2-1.

Broos had to deal with a host of refusals from key players to accept call-ups for the Cup of Nations but a new squad defied expectations to reach the final, where they beat Egypt 2-1 in Libreville.

“We have worked well. But this team has not yet reached its highest level “, said the former coach of inter alia Club Brugge, Anderlecht and Genk.

“It is true that I have some older players who were not sufficiently motivated by my arrival in Cameroon, had to push to the side. I opted for younger players,

“Broos said at the press conference after the final. “I’m happy for the players. This is not a group of football players, but a group of friends. ”

Broos also touched on the criticism he received from Cameroon journalists before the start of the tournament, few believed in the chances of the team and the Belgian coach.

“Revenge on journalists is the dumbest thing you can do as a coach. I ask only one thing, I hope the Cameroon press has understood me: have patience and be correct. I think our relationship is better than a year ago, “Broos concluded.