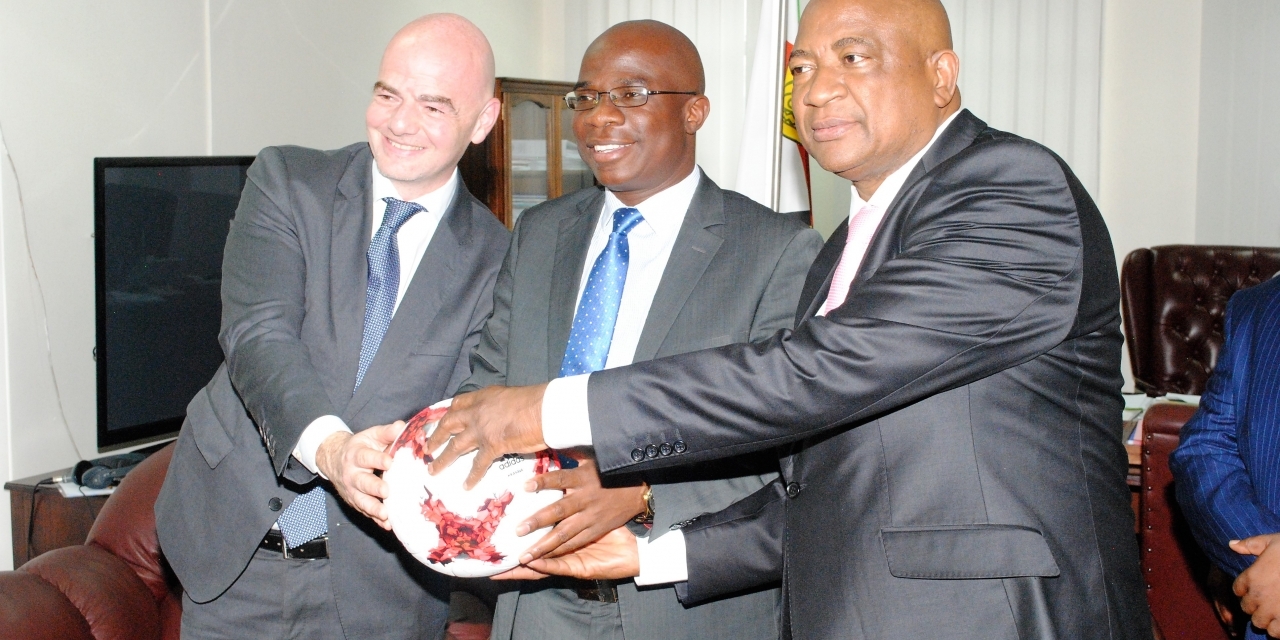 The Zimbabwean government’s initiative which is aimed at achieving stability of football clubs from grassroots level will, through the Zimbabwe Football Association (ZIFA) and the Ministry of Sport, be facilitated by FIFA’s FORWARD Football Development Program.

Addressing members of the media at the Ministry of Sport offices in Harare, the FIFA president said his organisation together with the relevant stakeholders, are there to serve and to change the landscape of football with concrete actions.

“We are here to serve and we are here with concrete actions to change the landscape of football through football development; through concrete actions and plans. That’s why I was very happy to exchange with the minister [Makhosini Hlongwane] and with Philip [Chiyangwa] about this very ambitious project that the government has put in place of setting up the 8000 clubs [project] throughout the whole country.

“This will have a very huge impact; this will truly revolutionize football in this country, which is already [the] number one sport; which is already at a very high level for both men’s and women’s football. It will come yet to another level when this project is fully completed – which is no longer a project because the implementation has already started.

“Of course there are challenges; of course there are issues of infrastructure and [football] structure more generally, but these issues have been tackled and are positively looked at in the cooporation between the football organisation and the government and this respect is very helpful. From the FIFA point of view, we are fully supporting this project which covers the whole country and covers the whole grassroots football development in the country, but then the structure as well brings the elite up to where they have to go,” he said. 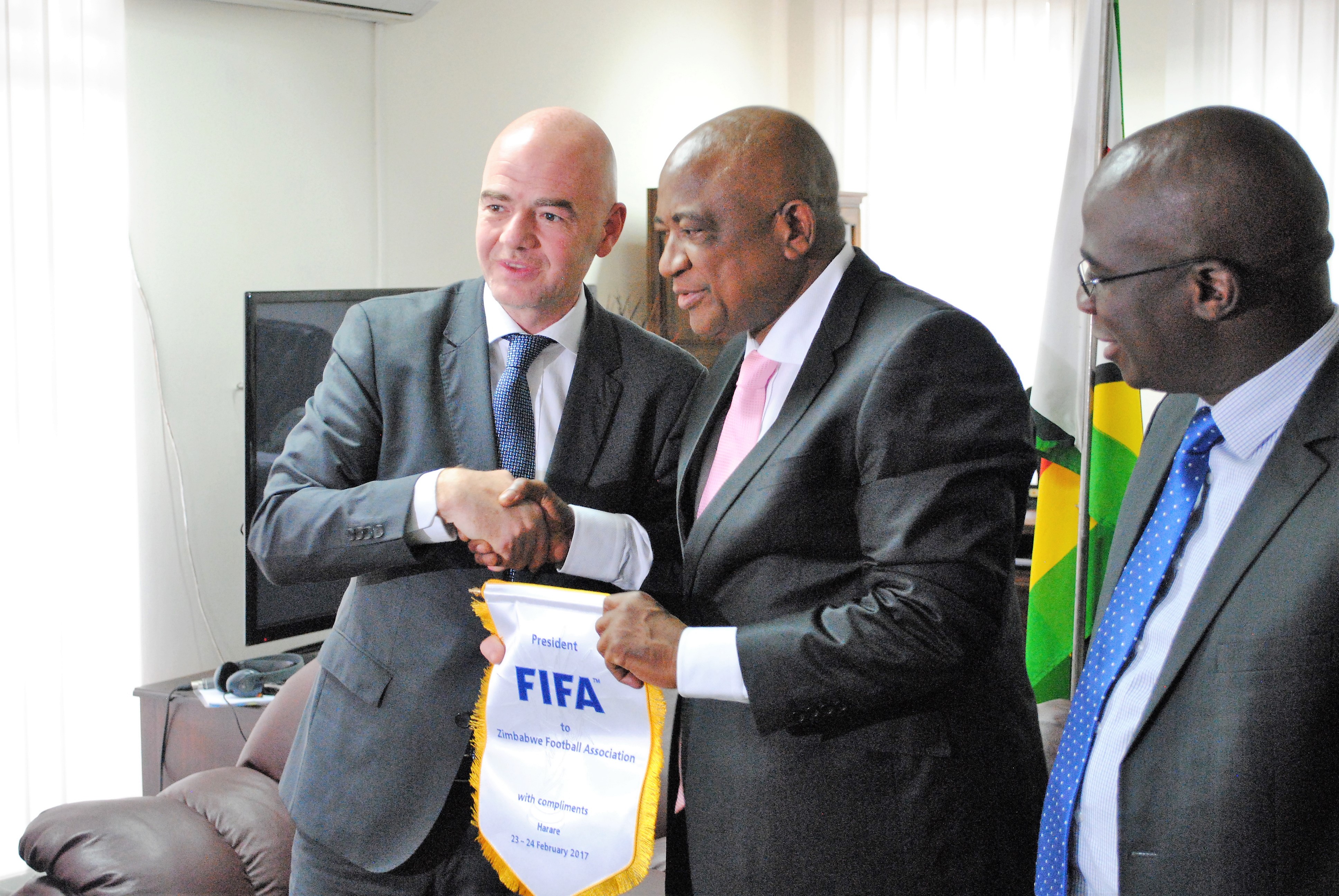 Infantino also pledged to support other proposed ZIFA projects aimed at developing grassroots football in the country, including a national football academy. He said the new FIFA administration would be keen on availing vital funding for the operations to go ahead.

“With this in mind, we were discussing with the [ZIFA] president about the national academy idea and project that also – hopefully, thanks to the additional funding at the disposal of this new FIFA administration – we should be able to see some concrete progress from where the whole football landscape will benefit,” he said.

“This means each association has access to 750,000 US dollars per year for football projects such as pitches, competitions and women’s football.

“And every association also receives up to 500,000 US dollars per year for running costs in areas including administration and governance.

“We are increasing our financial support for the six confederations so that they can do more to develop football in their regions.

“We are providing extra help to member associations that need it, from football equipment and internship programmes to up to 1 million US dollars to cover travel costs so that women’s and youth teams can compete in international competitions.

“And we will give regional associations up to 1 million dollars per year to reimburse the cost of organising regional youth competitions for young women and men.