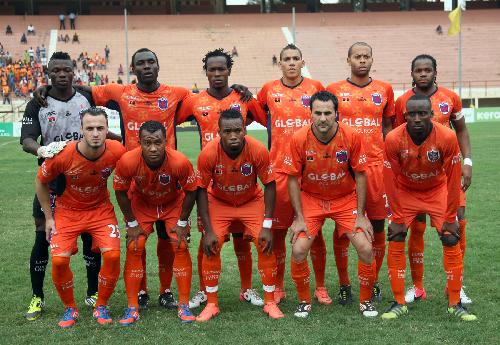 Ngezi Platinum will this weekend face a real acid test in the African jungles when they take on Angolan side Clube Recreativo Desportivo do Libolo (R.C.D Libolo) in the first round of the CAF Confederations Cup.

The match is set for today away in Angola at 16:00hrs local time.

Libolo got a bye in the preliminary stage of the competition where Ngezi Platinum beat Pamplemousses of Mauritius 2-1 on aggregate.

The 74 year old club has plenty of experience both domestically and internationally having featured predominantly in CAF competions. Last season they finished 3rd in the Angolan League.

They are coached by Portuguese mentor Carlos Vaz Pinto who is assisted by fellow compatriot Pedro Caravela.

The club has 4 Angolan League titles under thier belt having last lifted the title in 2015, One Angolan Cup and Two Angolan Super cups of which their last year’s triumph booked them a place in this year’s CAF Confederations Cup.

In the African Club Competions they have amassed 4 appearences unlike thier Zimbabwean opponents who are debuting. In their first appearence playing the CAF confederations they managed to reach an impressive Round of 16.

In the Champions League they reached the group stages in 2013 having been eliminated in the preliminary stage and first round of 2010 and 2011 competions respectively.

While Ngezi Platinum is still in season break, Libolo has played 5 league matches this seaon recording 3 wins and 2 loses.

Recreativo do Libolo is one of the few clubs in the Angolan football league to own a stadium. The 10,000-seat Estádio Municipal de Calulo ( Calulo Municipal Stadium) has recently been renamed after and to honour Africa’s great statesman and nationalist Patrice Lumumba.