Highlanders are set to face another Premier League fine after their fans were involved in ugly scenes following a loss to Shabanie Mine this afternoon.

Nelson Maziwisa scored a late goal to give Shabanie all three points and hand Highlanders first defeat of the season. 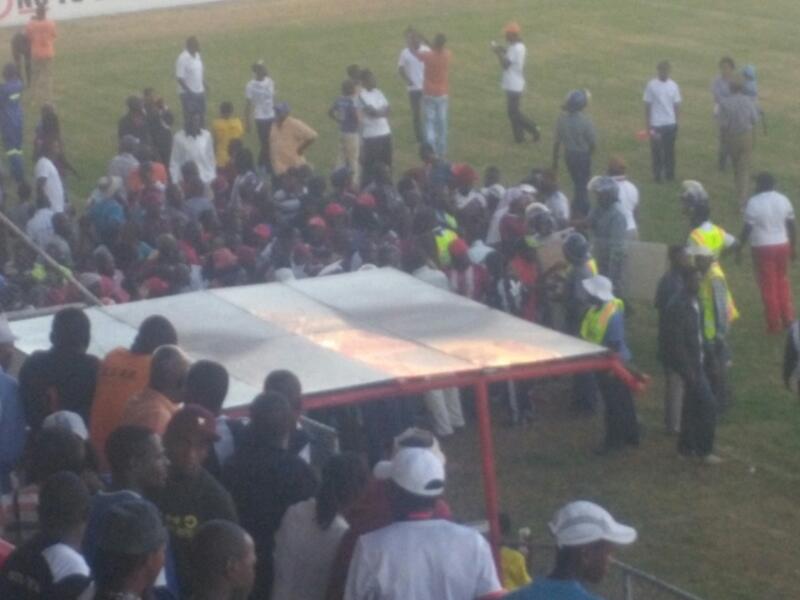 Shabanie fans seek refuge on the field after the game

The defeat did not go down well with Highlanders fans who registered their displeasure with the officiating during the game by throwing missiles onto the field of play and towards Shabanie fans.

Shabanie fans sought refuge on the field of play while others headed for the VIP section as police tried to restore order. 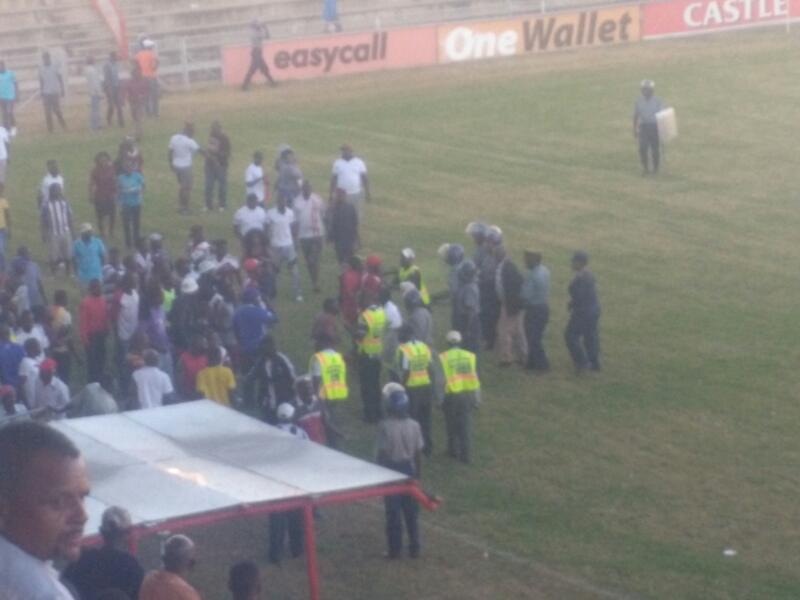 Police move in to restore order at Barbourfields after fan violence

Rodreck Mutuma had a goal disallowed during the match for an offside while Highlanders fans also felt the referee was general against the home side for most of the match.