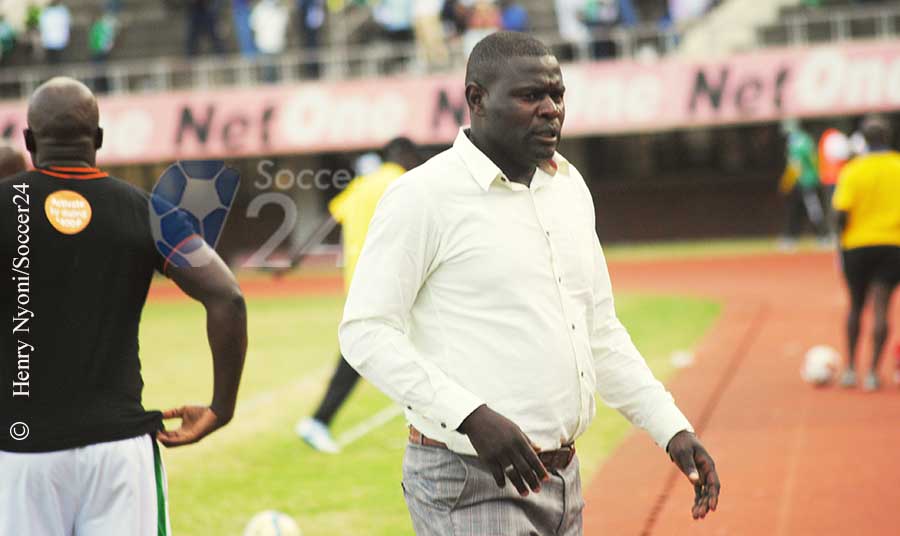 CAPS United coach, Lloyd Chitembwe, has said officials lost control of the Uhuru Cup semi-final between the premier league champions and Dynamos played at the National Sports Stadium on Sunday.

10 men CAPS United were knocked out of the tournament after losing 1-0 to their City rivals in a match marred by controversial officiating and heavy rains as officials appeared to lose control of the match.

“I thought in terms of managing the game, the authorities [officials] could have done far much better than they did. The players were flying all over later on [in the match] and hurling insults at each other [with] tackles flying all over.

“It’s a very clear sign that someone was not in control of the game. But all the same, I think it was a very good game, especially to the neutrals,” Chitembwe told journalists after the match.

United defender, Valentine Musarurwa, was shown red by the seemingly obstructed referee Thabani Bamala – who later had to consult with assistant officials – for what appeared to be a miskick of the ball which resulted in the defender landing his boot on the chest of advancing Dynamos midfielder, Takunda Sadiki.

On 21 minutes, the referee had overturned a booking decision after initially wrongly booking United defender, Justice Jangano, for a foul committed by fullback, Ronald Pfumbidzai, which saw Dynamos striker, Quality Kangadze, limping off the pitch in the early stages of the match.

Meanwhile, Dynamos captain, Ocean Mushure, appeared to escape a straight red for elbowing substitute CAPS United defender, James Nguluve, in the second half as the hard rains took a toll on the match.

“The red card for me was not a problem, [but] I’m sure if we had played this game outside the borders it would have been much better; the exhibition from both teams, the commitment from both sets of players was out of this world,” Chitembwe added.

The gaffer said the incident had nothing to do with and would not lead to CAPS United changing tactics and rotating players despite it being the second red card in two consecutive matches after midfielder, Joel Ngodzo, was sent off during the Harare City clash last weekend.

“I think it’s not about that [changing players]. All I wanted was obviously to make sure we have a team that can go out there and represent us and I’m very proud of the boys we sent to do duty, they represented us very well. I’m very happy,” he said.

“No-no-no, it’s not about individuals. At the end of the day, the guys who did the job for us represented us very well. You know, we have a very big pool of players. They can’t play at the same time and according to the laws of the game only 11 players are allowed to play in the game.

“As far as we are concerned we can’t have everyone play. You just have to make a decision on who is to play and who is not to play. For Ronald [Chitiyo] I thought well, he deserves the break, Hardy [Hardlife Zvirekwi] also [we gave him] time off and the other players we also gave them time off. But all the same the team that went out there represented CAPS United and I’m impressed by their commitment”, he said.