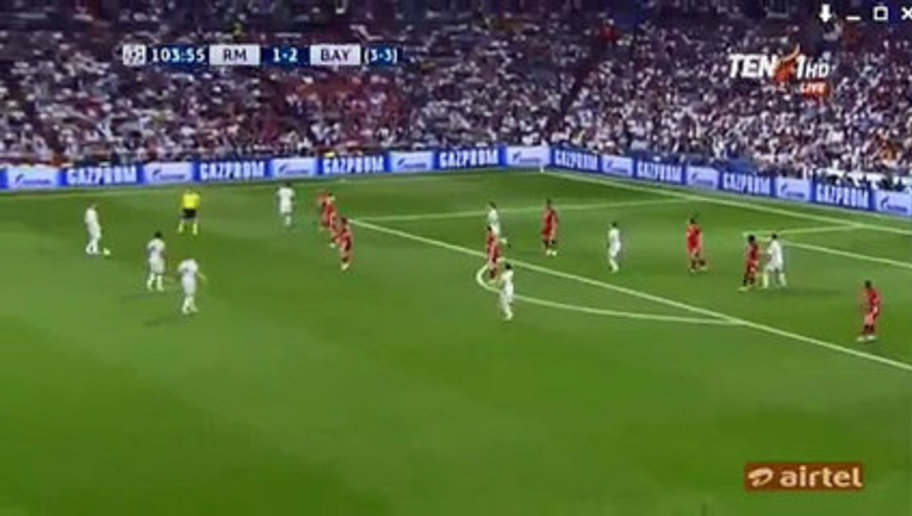 With Bayern down to ten men following the dismissal of Arturo Vidal, Real poured forward, Ronaldo scored what could prove to be a decisive strike for the holders in their quest to reach the semi-finals of the competition in a clear offside position, which the referee failed to spot.

Pique could scarcely believe what he was watching as Ronaldo’s goal was allowed to stand.

Ronaldo went on to complete a hat-trick – with goals in the 76th, 104th and 109th minutes – as Madrid won 6-3 on aggregate but replays show both of the forward’s extra time efforts were offside.

Pique tweeted ‘…’ in the moments after Ronaldo’s second goal was given, presumably to make it clear that he disagreed with referee Viktor Kassai’s decision.

Pique’s Barcelona will attempt to overturn a 3-0 deficit when they face Juventus in the second leg of their semi-final tomorrow night.