Dynamos handed Yadah their first defeat of the season with a 1-0 win at the National Sports Stadium this afternoon.

Dynamos showed character to bounce back after their mid-week loss to How Mine and could have taken a very early lead with Macheke burst into the area but failed to beat the keeper.

Dynamos had the slight edge in the first half despite Yadah also coming close to getting the opener in the 28th with a Sibanda shot just going over the bar.

In the 34th minute Ocean Mushure got the all important goal from a free kick just outside the box.

The second half saw both teams coming close with Yadah in particular exerting lots of pressure towards the end but Dembare held on to secure the win.

At Barbourfields Stadium Highlanders moved to the top of the standings with a 1-0 victory over Ngezi Platinum.

After a goalless first half where Ngezi Platinum had done a lot to frustrate the Bosso attack and congest the midfield Simon Munawa broke the deadlock in the 76th minute after a Rahman Kutsanzira cross.

In other matches Chicken Inn secured a 1-0 win away to Hwange while Nelson Maziwisa’s goal gave Shabanie a 1-0 victory over Tsholotsho at Maglas. 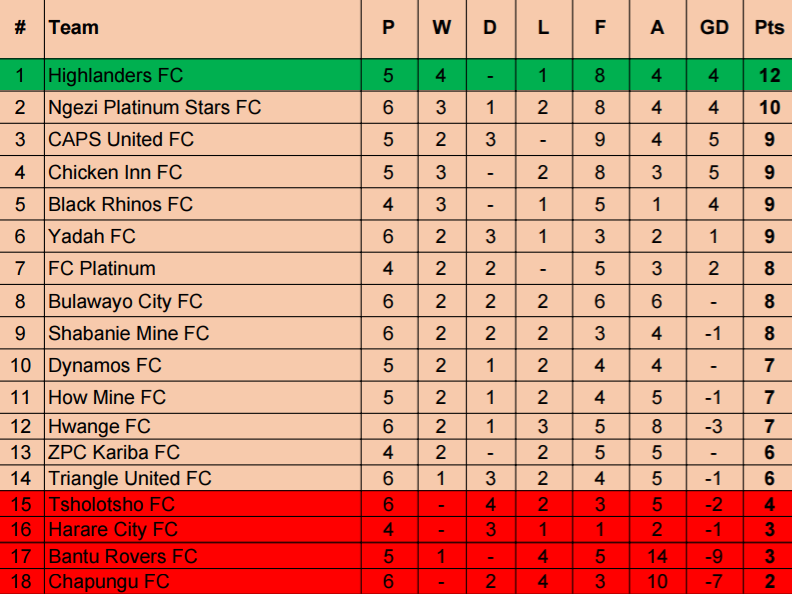