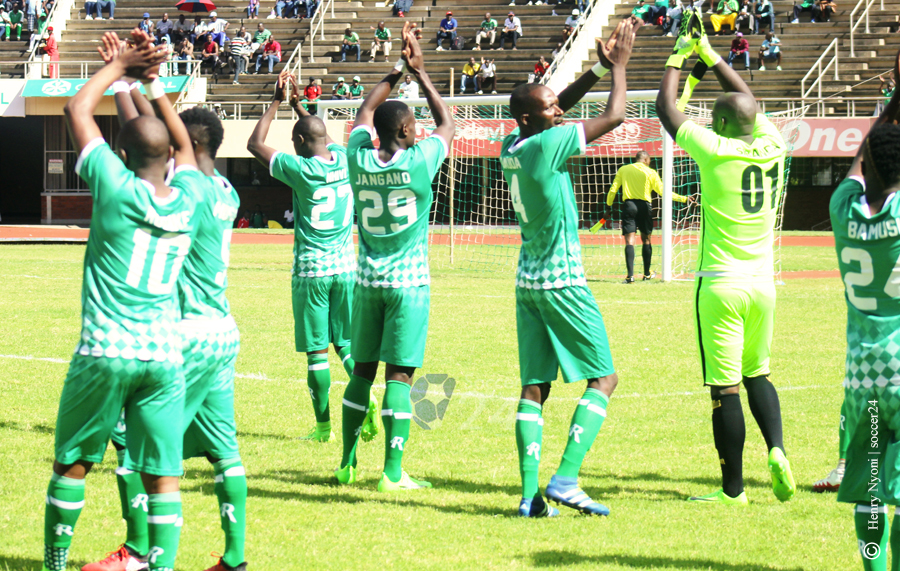 CAPS United are not underrating Lybian champions, Al Ahly Tripoli, when they play their third group B match in the CAF champions league group stages this afternoon, according to assistant coach, Fungai Kwashi.

Al Ahly face CAPS United at the National Sports Stadium in Harare in a crucial encounter with only one point in two matches having lost 3-0 to USM Alger of Algeria before playing to a goalless draw against Zamalek away in Egypt last week.

Speaking to journalists ahead of the match, Kwashi heaped praises on the Lybians saying that the Castle Lager Premier League champions were awarding the visitors due respect.

“Al Ahly are a good side, compact, yes they might have lost the first game, but last week they put out (sic) a good result against Zamalek in Egypt. They got a draw away. So they are a team which should not be underrated. We give them their due respect like all other 16 teams in the champions league. There are no easy games in the champions league. All the games are tough.

“And the opponents we are facing, they are champions of their respective countries, so we know tomorrow it’s going to be yet another fierce battle and we are looking forward to it and we are up for it,” Kwashi said.

CAPS United come into the match with three points from two matches having lost 2-0 to Egyptian giants Zamalek away in the first match before beating USM Alger 2-1 at home last week.

Kwashi has rallied all Zimbabwean to come and support the team as they face potentially one of their most important fixtures of the group stages. A win for CAPS United in this tie will give them leverage before they return the fixture in a few weeks’ time.

“Yes, we urge all Zimabweans in all corners of the country to come and support us. Yes we know it’s a Friday but we are hoping the bosses of the companies, or people working in different areas are given half day tomorrow, so [that] they come and cheer us up. This is not only about CAPS United, it’s about Zimbabwe.

“. . . we just urge everyone to come and give us that final push that we need, that motivation, because we need the supporters. Whether they are Dynamos supporters, whether they are Tsholotsho supporter, tomorrow it’s about every Zimbabwean.

“. . . for Zimbabwe, I think it has been nine years since [a] Zimbabwean team got into the mini league. I think the last team was Dynamos in 2008. So that nine year 10 year gap, it’s too long for Zimbabwean football,” he added.

CAPS United are reeling from a string of injuries with captain, Hardlife Zvirekwi, being doubtful and centre back, Dennis Dauda, having been ruled out of the match.

Although Kwashi refused to give an update on other injury absentees, head coach Lloyd Chitembwe on Sunday named seven players who were injured which included midfielder, Devon Chafa, goalkeeper, Edmore Sibanda, defender, Valentine Musarurwa, midfielder Ronald Chitiyo, who is expected to be now fit and yet to fully recover striker, Leonard Tsipa.

“Yes, Dauda is ruled out . . . but we hope in the coming weeks he’ll be back to full [fitness]. But the other ones you know you have already heard during the week. We are nursing them day to day around the clock to make sure some of them get back into the battle tomorrow.

“We have had a tough time with injuries, but we are soldiering on and come tomorrow, we hope we would have more positive news on those who are injured. But it’s part of the game, injuries, when the season starts you know you will encounter these things,” he said.