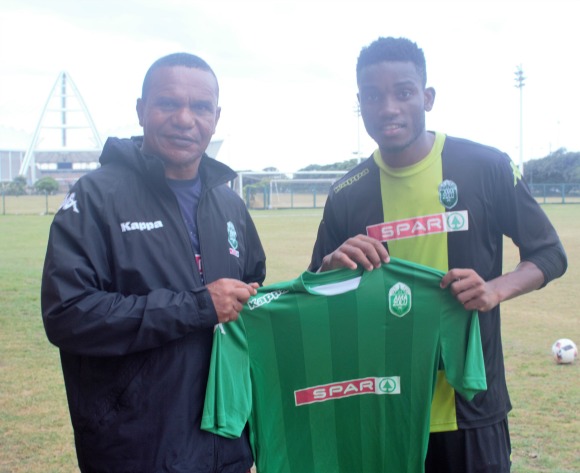 Zimbabwean international Ovidy Karuru (28) admits he wants to play in Europe again after attracting interest from Swedish and Danish clubs in recent weeks.

Karuru’s career appears to be back on track after a decent spell with SA National First Division side Amazulu.

Karuru was part of the Warriors squad that faced Liberia in an AFCON qualifier and received a warm welcome when he came on as a late substitute.

He has also been called up for the upcoming Cosafa Cup tournament.

“There are clubs interested in me but it is a bit sketchy now. But there are talks going on in Scandinavian – in Sweden and Denmark Karuru told Kickoff.com

Karuru joined French side Boulogne in 2009 from Gunners before moving to Belgium side OH Leuven. However, his career appeared to go backwards when he signed for Kaizer Chiefs and struggled with game time at the club before being offloaded.

“The past three years have been hard, as nobody knew who I was or if Ovidy was still existing in football. I was even shocked when I was called up and played in the national team admitted Karuru.

“Everyone wants to play in Europe, you can even ask someone who has a contract with Mamelodi Sundowns or any big team in South Africa, they’ll tell you ‘I want to go and play in Europe he added