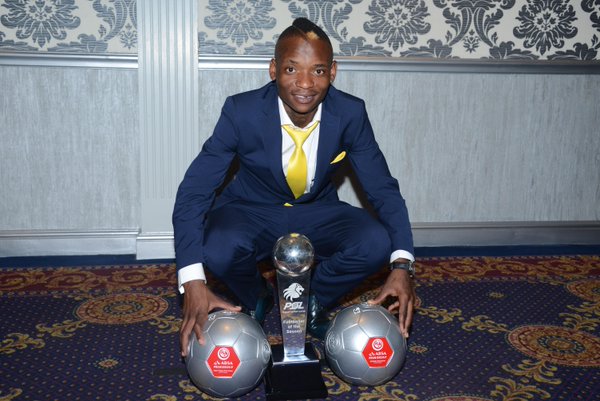 No Zimbabwean players have been nominated for any ABSA Premiership award this year.

Khama Billiat clinched three awards last season including Footballer of the Season but has not been able to reach the same level this season as Sundowns lost the ABSA Premiership title to Bidvest Wits.

Tendai Ndoro seemed well on his way to winning the Golden Boot until he was overtaken by Cape Town City’s  Lebogang Manyama.